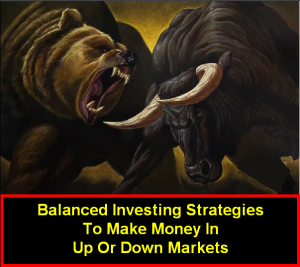 This is from the

You can read the full sample issue in .pdf format HERE

Balanced Investing Strategies To Make Money In Up Or Down Markets

To get the lowest membership rates available now. 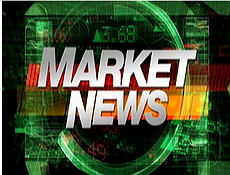 Stocks were lower last week as a result of the disappointing Jobs report which added only 38,000 jobs, although 36,000 was abnormally due to the Verizon strike. Also, adding to the bearish employment report, employers hired 59,000 fewer workers in March and April than previously reported. The 10-Yr Note yields fell to 2- month lows while the 30-Yr Bond yields fell to almost 4 month lows.

Fed funds futures, based on the CME Group’s Fed Watch and moved on Friday to price in a 4 percent perceived chance of a June rate hike, down from 21 percent late on Thursday. Chances of a July rate increase shrank to 34 percent on Friday, from 58 percent the day before.

The Transportation Average found support at the 7640 level after the report, almost 90 points of a daily low before closing off 42 points for the week, off 0.54%. The Tranny has been lagging and  needs to take out its 50-day moving average at about 7835 in order to give a sound buy signal to the overall market.

The Russell Index was the best performer leading all indexes with a 1.19% rise to 1164.13, a gain of 13.68 points. The Russell 2000 closed above its December 29th and 30th high of 1160, which was not unimpressive. It is now poised to challenge its December 15 highs at the 1204 level much depending on the annual rebalancing. The Russell rebalancing preliminary list will be known in about a week and the final list is known a week later with a trade date of the last Friday in June. This is usually the biggest trading day of the year. The purpose of the rebalance is to keep the better stocks..

The markets continue to be dogged by election uncertainty. If the results of the FBI investigation were to be made public in June and the outcome was sufficiently damaging to Secretary Clinton where it suddenly became likely that she would have to withdraw from the race, this would be unsettling for financial markets. The FBI investigation is likely to be known before the Democratic convention at the end of July.

U.S. Exports rose in April to their high for the year. The strong dollar is fading. Exports of goods and services increased 1.5% to a seasonally adjusted $ 182.8 billion in April. The greenback’s rise in value against other currencies since mid-2014  made U.S. products expensive. The dollar peaked in January.

This chart of the July Silver on a daily basis has held its support at the all- important $16.00

we move back to the resistance closer to $17.00, which would correspond to a price for our ETF of

and if I am wrong, we have already taken back…..CAM

To get the lowest full membership rates available now.

Where To Invest Now information in past